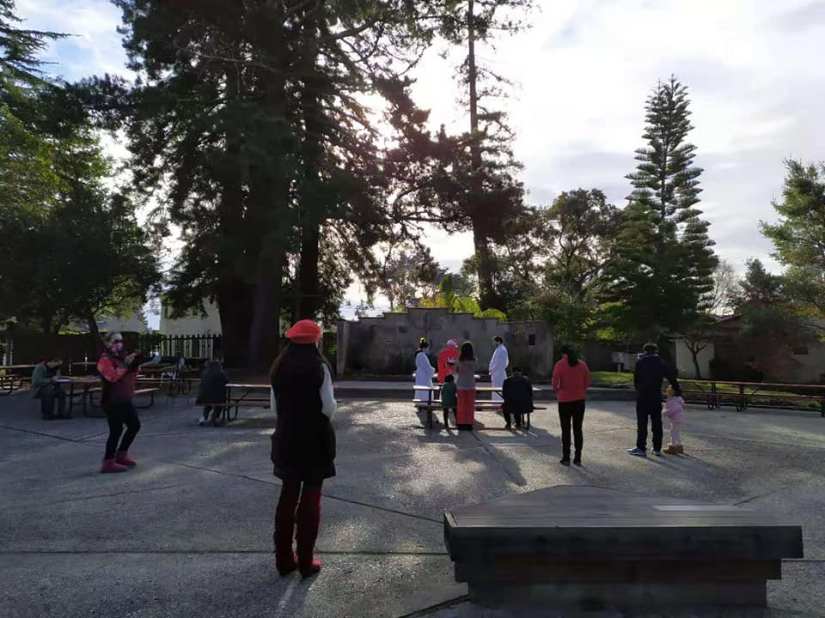 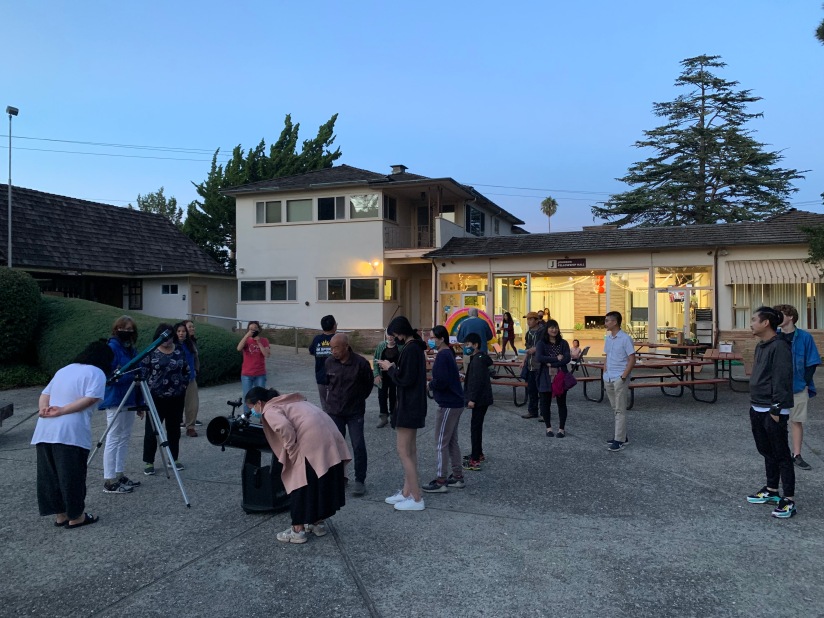 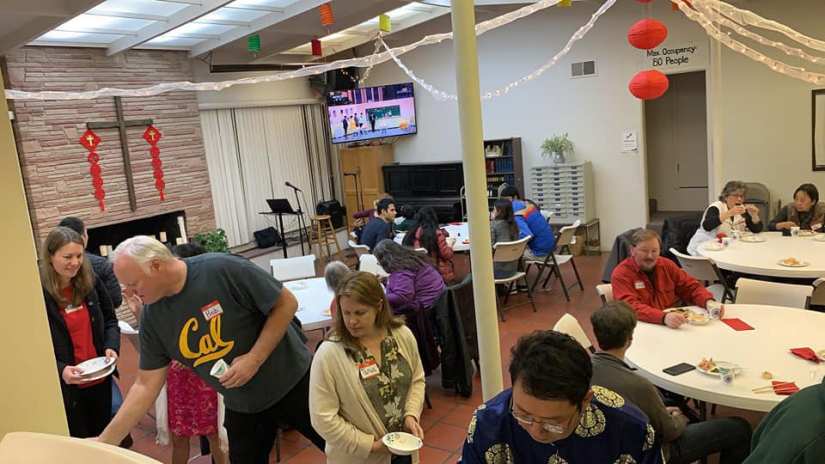 Help Mt. Cross Campsite get ready for the summer! ​Keeping up an 100 acre camp is a lot of work, and we want it the best it can be for the kids who are coming! ​But many hands make light work and this weekend hasn’t become a tradition here for nothing. ​Come join us for a weekend of service at camp with some great people and great food!

Come Friday night by 7:00PM for orientation and picking your project.

We’ll work all day Saturday, tie up any loose ends on Sunday morning, then have camp worship around 11:30 and finish with a BBQ right after.

​While we won’t have any programming, and we won’t serve food past lunch on Sunday, you’re welcome to make it a full weekend and stay until Monday. Please just let us know ahead of time.

We then also have several lodge rooms, 3 additional campsites, and plenty of cabin space.

If you’re interested in something specific or in taking on a larger project, please let us know now.

If you have basic tools you’d like to bring along, great. But if not, no worries.

Nothing. We’re grateful for your presence and your work.​

“Join us for our authentic German Oktoberfest hosted by Messiah Lutheran Church of Santa Cruz, CA!

“Come and enjoy tasty German food, beer, and wine while being entertained by the live German polka band, ‘The Thirsty Nine’!

“Other activities include silent auction and other family-friendly events throughout the day. Free entrance to join the festivities!

“Meal tickets available at the door for $15.

“We look forward to celebrating Oktoberfest with you!” 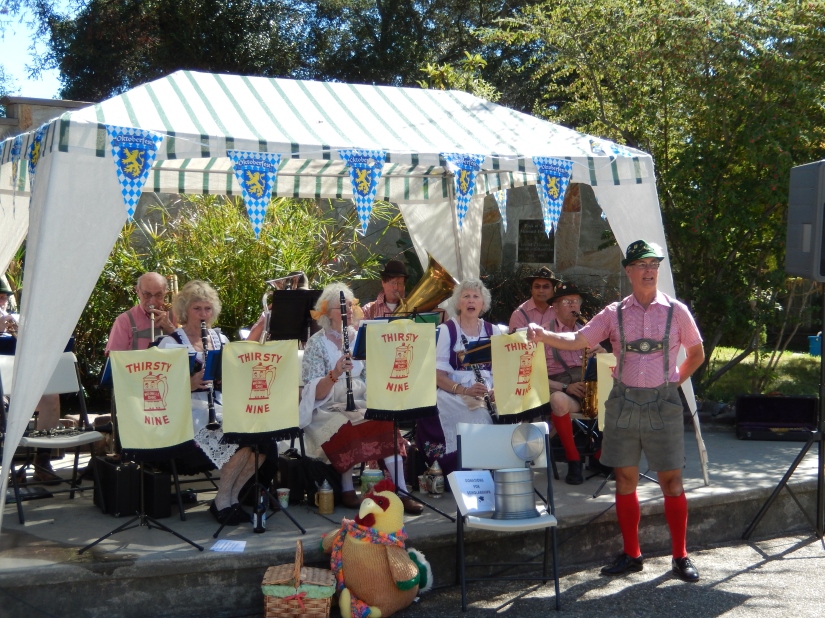 Santa Cruz Once Had Chinatown 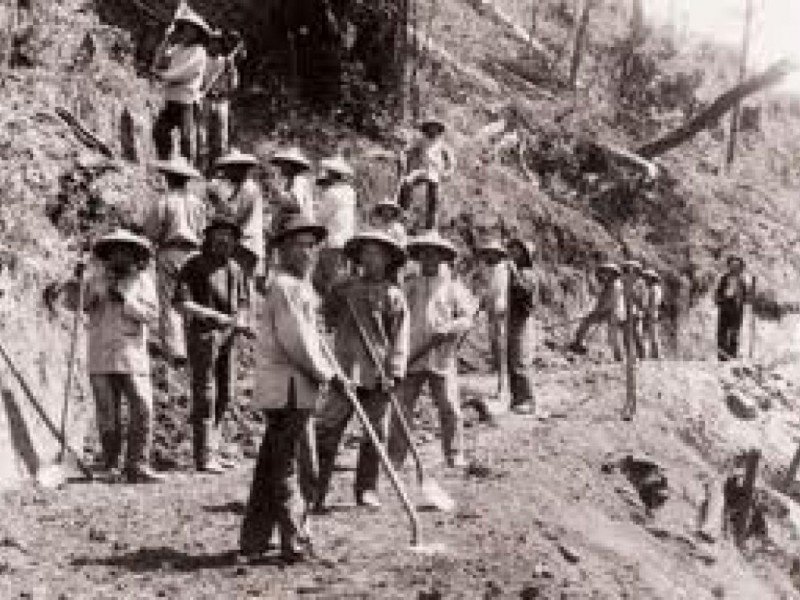 Just as the 1870s were good years to look at a , those same years are a good time to look at one chapter in the history of immigration in Santa Cruz. Immigration is once again a hot topic and, of course, the entire history of our area is about immigration – first came the Spanish, then the Americans, then a succession of groups from different parts of the world. By the 1870s, the many European immigrants, and especially the Americans who came west from other parts of the country, were beginning to think of themselves as locals, along with the remaining Spanish-speaking Californios. But another immigrant group came from the opposite direction – across the Pacific from China.

There is some evidence that our coast was visited by Chinese fishermen well before the first Spanish explorers, and a number of Chinese certainly came to Mexico and Alta California aboard the Manila Galleons in the period from 1565-1815. After California became part of the US of A in 1848, some of these fishermen, who lived aboard their boats with their families, settled on the shores of Monterey Bay – notably around the Monterey Peninsula, although there was one Chinese fishing village on what is now New Brighton Beach.

The first influx of substantial numbers of immigrants from mainland China came during the Gold Rush years, beginning in 1848. By that time, the British had established trading bases in Hong Kong and Canton, and made regular stops at ports along the California coast. News of the gold discovery raced across the Pacific as fast as the trade winds could carry the ships. Arrival of the news coincided with a period of civil and economic unrest in China, convincing many Chinese to leave home to search for better fortune at Gum Shan, the Golden Mountain.

Some of these mainland Chinese came as prospectors or merchants, but many ended up doing whatever work they could get; as cooks, launderers, and simple laborers. In many cases, they became the preferred type of worker because they were more dependable, worked harder and longer for lower wages than others. Most immigrants to the Golden Mountain landed first in San Francisco, before moving on up the Sacramento River to the gold country. As with others drawn by dreams of striking it rich, however, most Chinese immigrants didn’t find a lot of gold but many found other reasons to stay in locations throughout northern California.

During the 1860s and 70s, two small Chinese communities existed in and near Santa Cruz. The California Powder Works employed and housed a group increasing from a dozen to almost three dozen, most as coopers (barrel makers). Beginning in the mid-1860s, a small Chinatown grew up in Santa Cruz, on Pacific Avenue south of Walnut, around a few laundries, stores and one small cigar factory. Other Chinese worked at the various logging and lime manufacturing operations, or banded together to rent plots of land to grow produce for local sale. Some of the more prosperous residents began to employ Chinese domestics.

When gold mining began to decline, many of the excess Chinese laborers were hired by the railroads. The western end of the first transcontinental railroad was built largely with Chinese labor, although that fact was excluded from most history books for a hundred years. Once the transcontinental link was completed in 1869, some of the now-experienced Chinese railroad workers moved back to California to build virtually all of the local rail lines. The one notable exception was the Mission Hill tunnel, completed in 1876 by a crew of Cornish miners.

Those Cornish miners were a symptom of an all-too-common historical phenomenon that reared its ugly head – anti-immigrant feelings. By the mid-1870s, local anti-Chinese sentiments were running so high that Santa Cruz city officials brought in that Cornish tunneling crew just to avoid hiring Chinese workers.

Another result of the railroad construction was the beginning of large-scale commercial agriculture in the region. One of the first local manifestations of that trend was the sugar beet operation set up on Soquel Creek from 1874 to 1879. An earlier post on this blog described how Claus Spreckels made his fortune, first in Hawaiian sugar cane and later in locally-grown sugar beets. Even before Spreckels, however, the factory and fields in what is now Capitola Village were successful. One of the main factors in that success was the willingness of Chinese workers to do the brutal labor required to cultivate the sugar beet fields. As demand for sugar increased, the sugar beet operations moved to more spacious fields and a larger factory in Watsonville; followed by Spreckels giant operation outside Salinas.

Ironically, the Chinese-built railroads brought a burst of new economic activity to Santa Cruz, which increased the rents of the Pacific Avenue Chinatown properties, which caused the Chinese businesses to look for new homes (or else the landlords were no longer willing to rent to the Chinese). They found them a couple of blocks away, on Front Street (mostly on the east side), between Water and Cooper Streets. The increasing prosperity of Pacific Avenue was paralleled by the decreasing fortunes of Front Street, which by this time had become the saloon and “red light” district. Those qualities also, of course, kept the rents low.

In the 1880 census, thirty-eight of the ninety-eight Chinese counted in Santa Cruz lived on Front Street. That sounds like a miniscule number until you realize that the total population of Santa Cruz in 1880 was only 3,998.

In those days, “redevelopment agency” could have been a euphemism for fire, flood and other “acts of God”. The aging wooden buildings (twenty years old was considered “aging” for those hastily-constructed 1850s buildings) the Chinese community moved into along Front Street were fires waiting to happen, and it’s perhaps remarkable that they lasted as long as they did. Several hotels and other businesses on the north end of Front Street were destroyed in an 1884 fire, but only one Chinese business – a laundry. The remainder of the Front Street Chinatown lasted until the great fire of 1894, which destroyed a large swath of the neighborhood.

Beginning in the 1870s, various local, state and national anti-Chinese laws stopped the influx of immigrants, including the families of the mostly-male early arrivals. Resident Chinese immigrants were also deprived of the right to become citizens or to own property. The ban on Chinese immigration was not repealed until 1943. Without the opportunity to marry and start families, some of the local Chinese men returned to China but many could not afford to go back. So they stayed, aged, and gradually died off.

A very few of those first Chinese immigrants did establish families, and eventually prospered in Santa Cruz. They assimilated, like millions of other immigrants before and since, so there’s no longer a need for a Chinatown in Santa Cruz. The last Santa Cruz Chinatown, already nearly empty, was destroyed by the 1955 flood and never rebuilt. 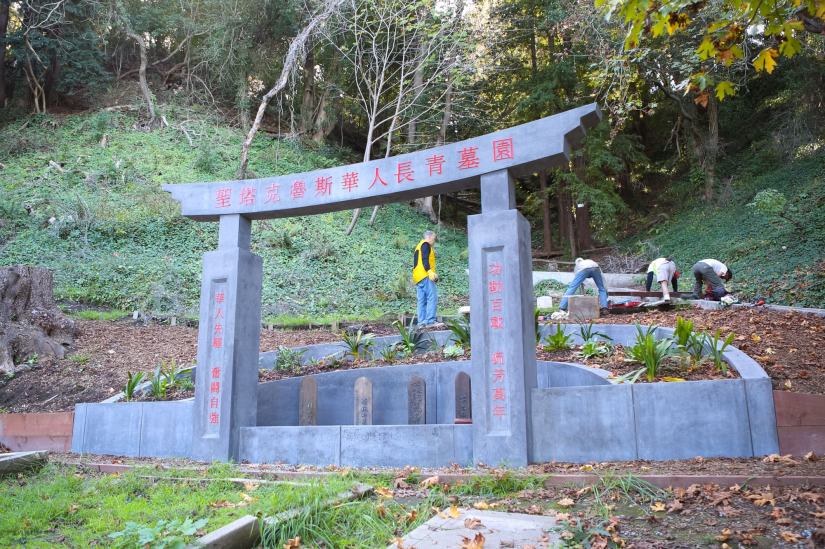 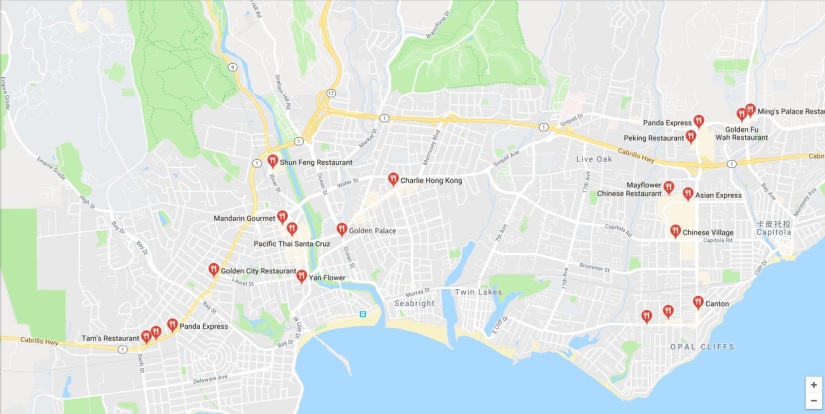 “I give thanks to you, my heavenly Father through Jesus Christ your dear son, that you have protected me this night from all harm and danger, and I ask you that you would also protect me today from sin and all evil, so that my life and actions may please you completely. For into your hands I commend myself: my body, my soul, and all that is mine. Let your holy angel be with me, so that the wicked foe may have no power over me. Amen.”

“I give thanks to you, my heavenly Father, through Jesus Christ your dear Son, that you have graciously protected me today, and I ask you to forgive me all my sins, where I have done wrong, and graciously to protect me tonight. For into your hands I commend myself: my body, my soul, and all that is mine. Let your holy angel be with me, so that the wicked foe may have no power over me. Amen.”